It all began in June 1926, when company founder Paul Blagusz received his license to trade in eggs, butter, poultry, game, fruit and mushrooms - just three years later the trader became a transport company. While the vehicle fleet initially continued to grow, operations had to be shut down during the Second World War after all vehicles were confiscated by the German Wehrmacht. In 1942, Blagusz managed to get three trucks ready to use for urgently needed trade transports.

However, after the end of the war in 1945, all vehicles were seized and confiscated by the Russian Allied forces. During the period of reconstruction, Paul Blagusz sees the company's future in scheduled services and the focus shifts to passenger transport. Today's "Blaguss Reisen GmbH" is finally founded in May 1970. 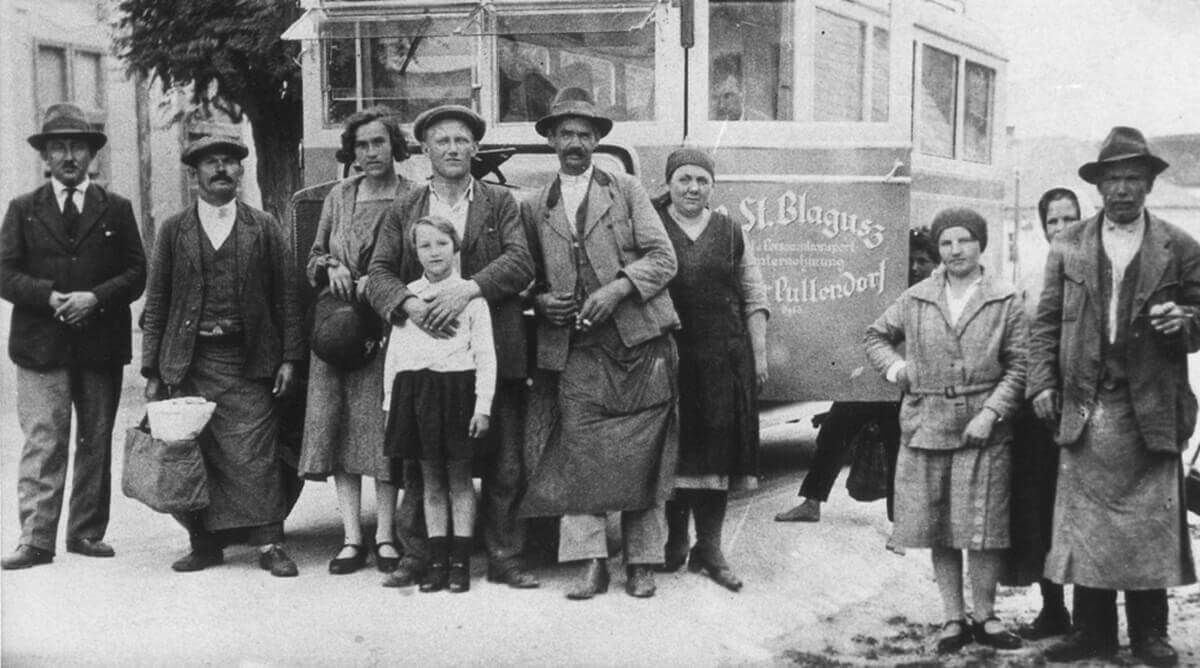 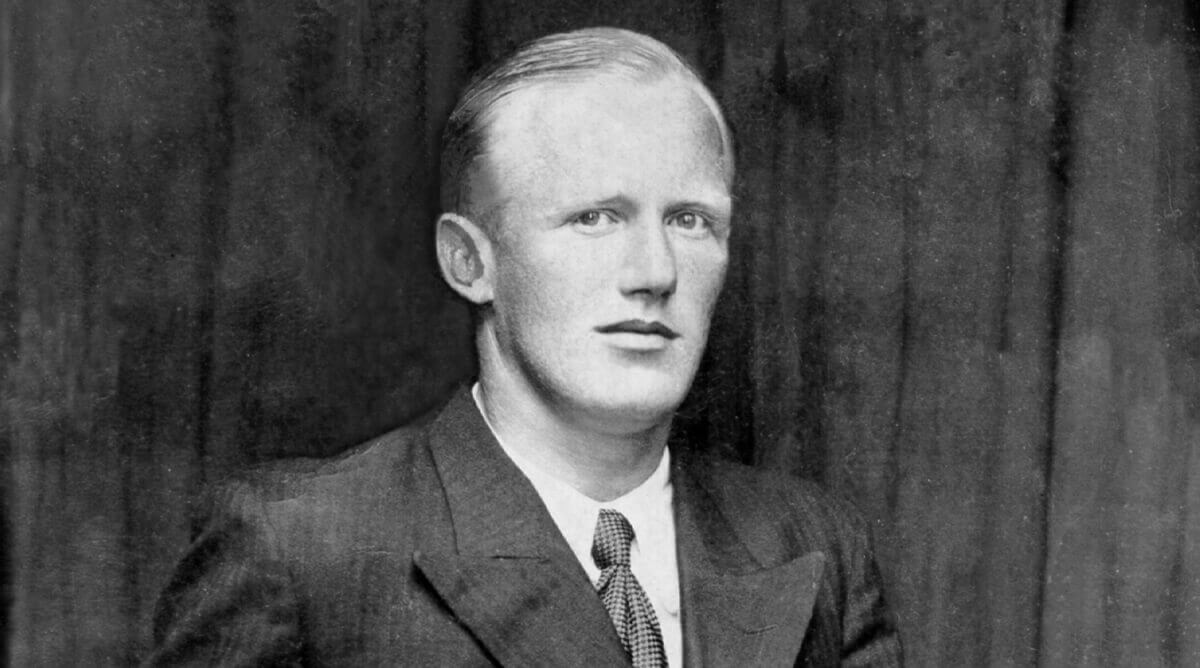 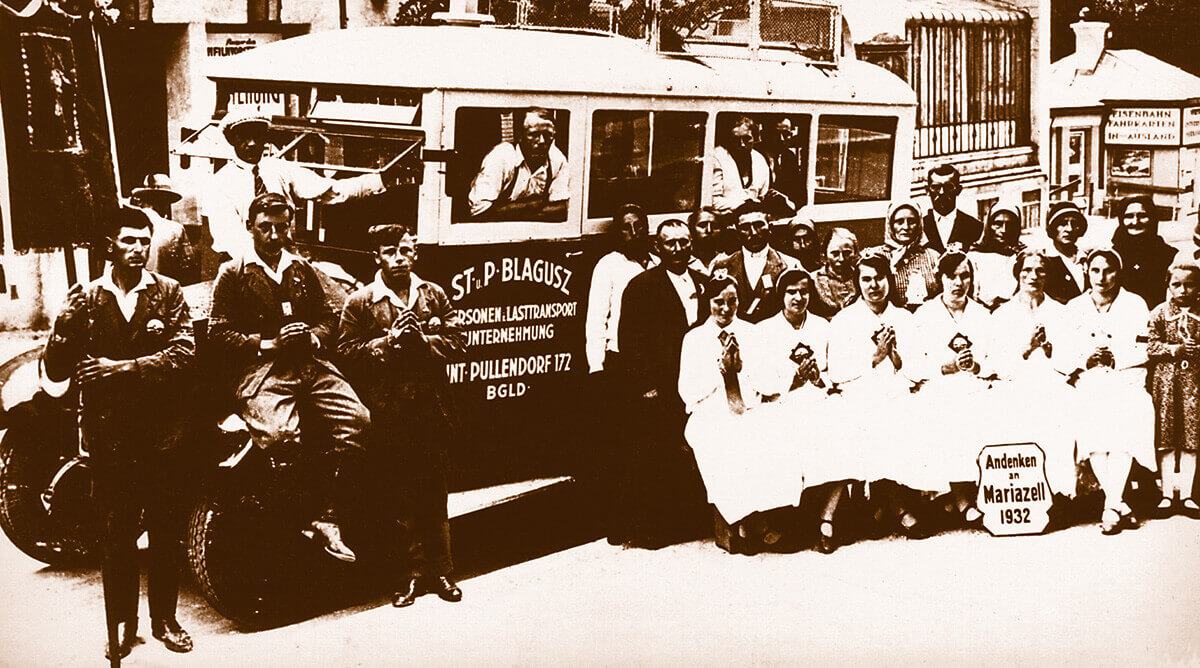 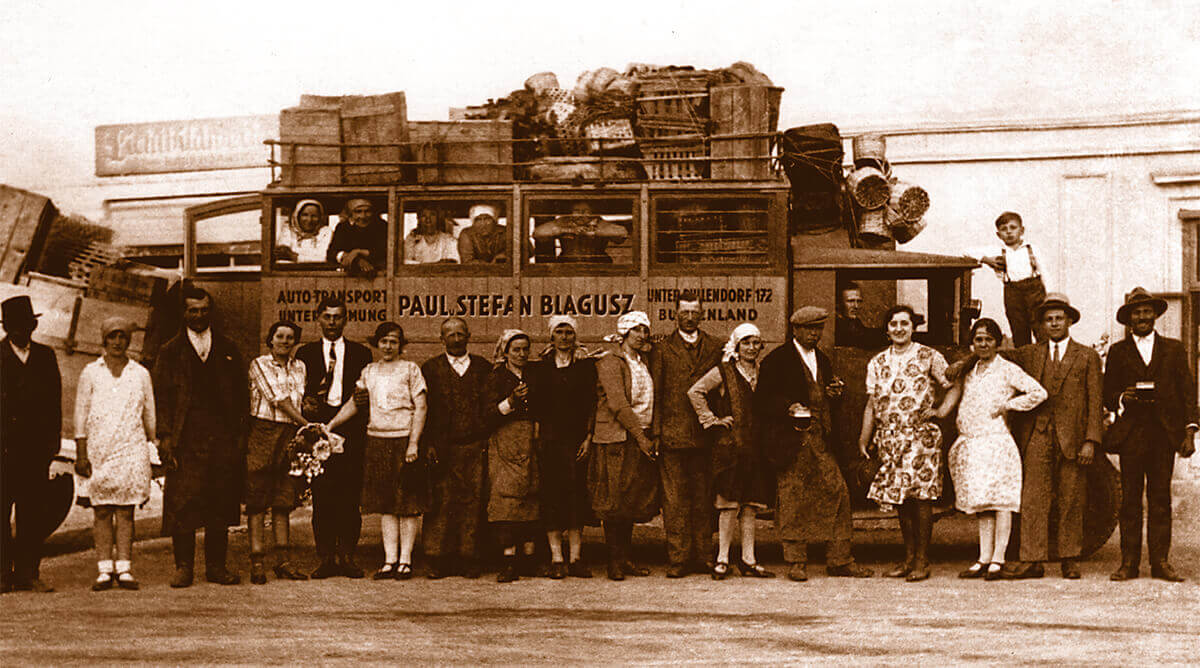 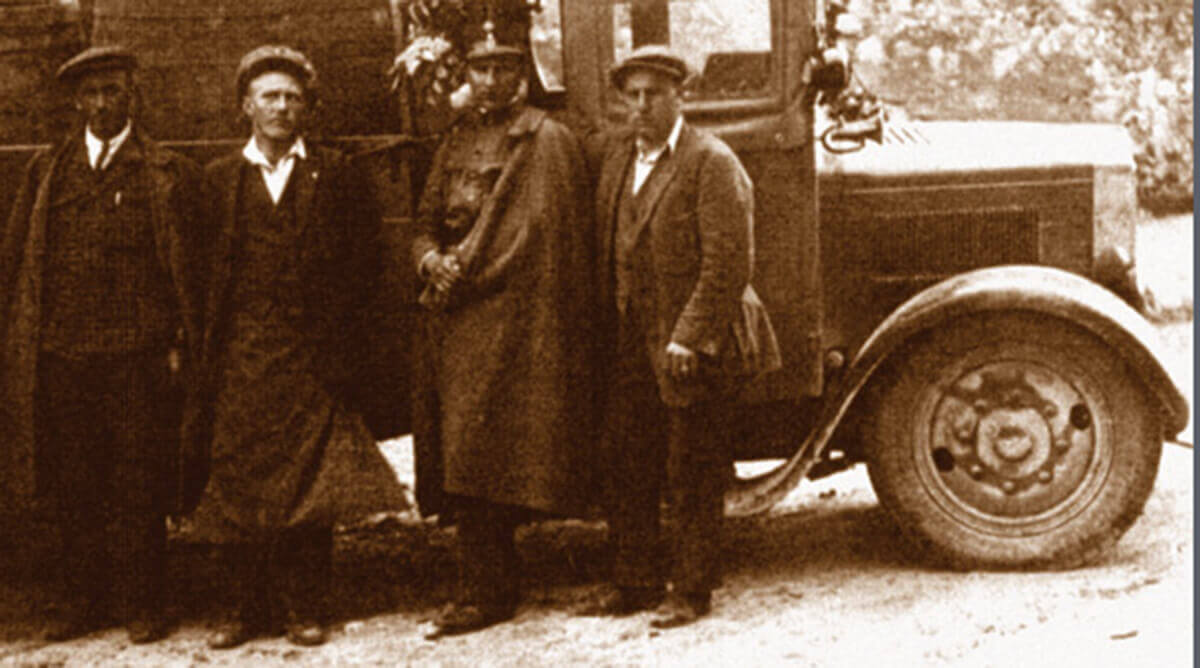 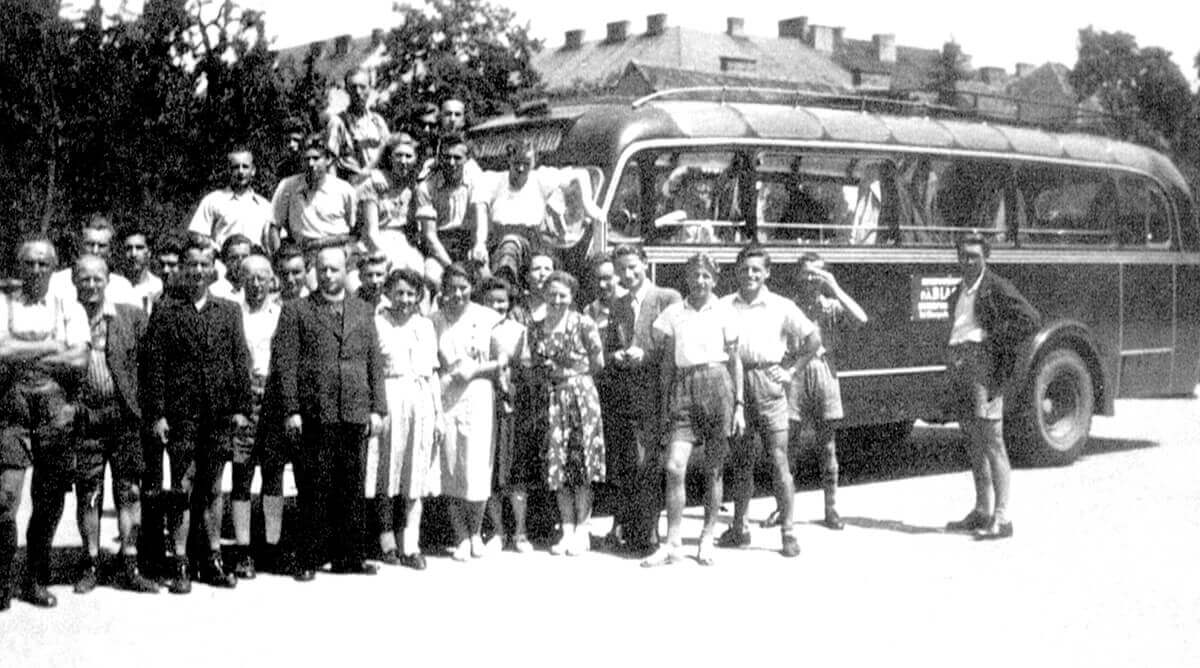 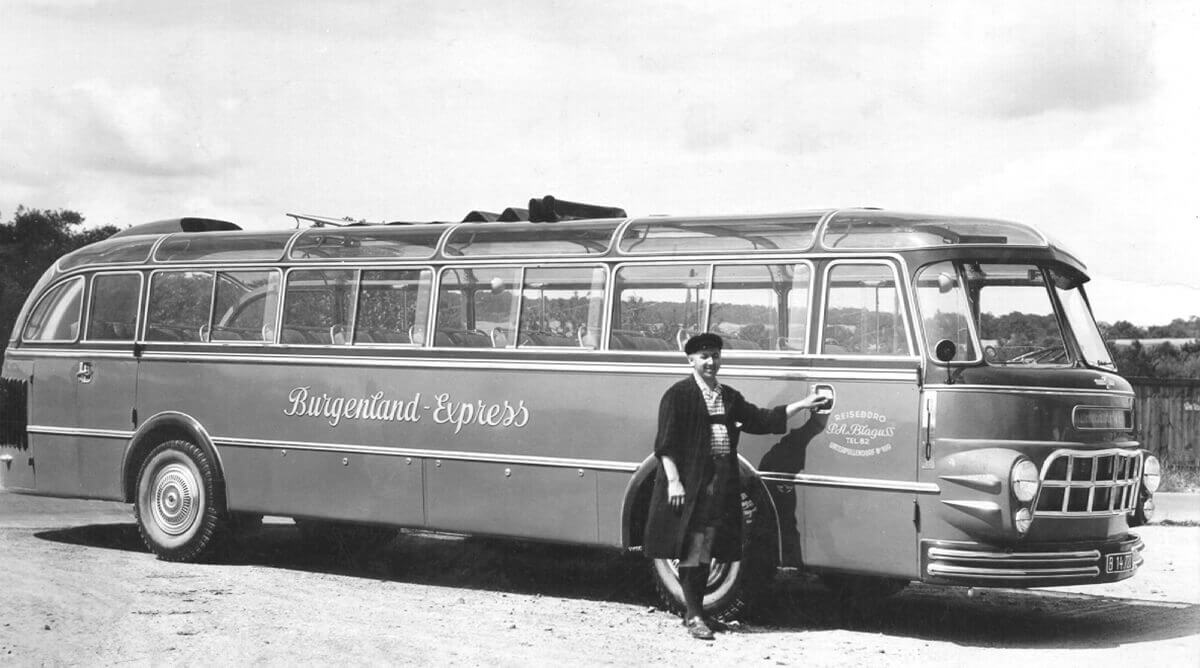 With many ideas and a great vision in mind, Blaguss paved the way for national and international scheduled services as early as the 1970s. As a result, the company is gaining momentum and making a name for itself in the industry, including in Eastern Europe. In addition, the business areas of tourism and transport were gradually networked with each other - travel agencies, the rental of charter buses, scheduled services and subsequently also the operation of the Vienna International Bus Terminal were part of the company portfolio from then on. Since then, Blaguss has been a strong player in the transport and travel industry with several locations, especially in Austria, Hungary and Slovakia.

In 1999, Blaguss was the first bus company to receive the "Bus OK" quality and safety seal from the Road Safety Board and the ÖAMTC. driver ok Everything OK". Quality and safety have always been the top priority at Blaguss, which is why Blaguss bus drivers regularly receive driving technique courses and safety seminars - far beyond what is required by law. With an average vehicle age of just two years, the company is one of the safest and most modern bus fleets in Europe.

The fact that Blaguss has always had a spirit of innovation has been proven not least in dealing with the issues of sustainability and Covid-19. All buses meet the highest ecological requirements of the Euro VI standard, which has enabled them to reduce their CO2 emissions by 87% and NOx emissions by 97% since the 1990s. Blaguss is also a klimaaktiv project partner of the Federal Ministry for Climate Protection, Environment, Energy, Mobility, Innovation and Technology. At the beginning of the corona pandemic, it was time to “rethink” and the company equipped its coaches with highly effective Ozonos air purification devices in 2020, which eliminate 99.9% of bacteria and viruses in the air and 92% on the surfaces. This is how Blaguss was able to take “safe travel” to a whole new level.

In the meantime, the family company in the 3rd generation under the management of the cousins Thomas and Paul Blaguss with its employees is a prime example of corporate success. The Blaguss fleet is one of the most modern and safest bus fleets in Europe. Bus rental with drivers is just one of many services that Blaguss offers in its wide range of services. Even if the corona pandemic temporarily brought the travel industry to a standstill, things are now really moving forward at full throttle into a future that is fun to travel. The Blaguss story goes back a long way and has put the company on the road to success it is on today - but it is far from finished.

This website uses cookies. Those have two functions: On the one hand they are providing basic functionality for this website. On the other hand they allow us to improve our content for you by saving and analyzing anonymized user data. You can redraw your consent to using these cookies at any time. Find more information regarding cookies on our Data Protection Declaration and regarding us on the Imprint.